The Role Of Hearing Loss On Health Aging And Loneliness 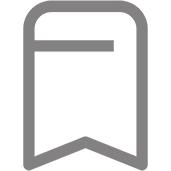 In the last few years, there has been an abundance of research discussing hearing loss and its association with other health conditions. These associated conditions are also known as comorbidities. Comorbidity is defined as the simultaneous presence of two or more chronic health conditions or diseases in a patient. A chronic condition is defined as a health condition or disease that is persistent (lasting over three months).  These relationships are important, because if one condition is causing another, prevention and/or intervention can have a significant impact on overall health.  For example, we know that diabetics are more than twice as likely to have hearing loss.  It is suggested that this is because diabetes damages the blood supply to the cochlea, therefore causing hair cell loss, resulting in a sensory decline in hearing.[1] Other comorbidities associated with hearing loss include dementia, falls, depression, and cardiovascular disease.

There is one comorbidity with hearing loss that is extremely important to healthy aging but is just starting to gain attention: Loneliness. Researchers measuring loneliness have found that increased hearing loss is correlated with greater loneliness.  One in five people are lonely, and it is estimated that a staggering $6.7 billion dollars of federal spending is spent annually on the social isolation issues of older adults. In fact, researchers now state that loneliness is more dangerous to our health than smoking 15 cigarettes a day!

As many of us have either seen or experienced, we know that those with hearing loss pull away from loved ones and friends because they find it harder to communicate.  They may stop going to as many social functions because they can’t hear. Humans aren’t meant to be alone all the time. A constant state of loneliness causes increased firing of the sympathetic nervous system, increasing the levels of cortisol and epinephrine in our brain, which causes our immune system to go on “standby” in order to conserve energy and creates a feeling of “threat” in our bodies. These changes cause an increase in blood pressure and heart rate leading to a higher risk of heart problems and stroke. In addition to this, increased cortisol in our brain can lead to negative changes to our personality, which can cause stress on relationships, further impacting social interactions and leading to increased isolation and loneliness.[2]

I admit that this is all very bleak, but the good news is that it doesn’t have to be this way!  Hearing aid use was found to have a significant decrease in the perceptions of loneliness following four to six weeks of hearing aid use.[3]  We know that social isolation and loneliness go hand-in-hand with depression, and research also shows that hearing aid users were less likely to report feeling down, depressed or hopeless than non-users of hearing aids, or even when compared to those reporting no hearing difficulty.[4] Knowing what we do now about hearing loss and the associated comorbidities, it is clear that hearing loss should not be considered a regular “side effect” of aging, but rather a condition that is necessary to treat in order to live an optimal, healthy life.

If you or a loved one are struggling with hearing loss, I encourage you to contact our office at Adaptive Audiology Solutions. We are proud to serve the Carroll area and provide hearing healthcare that puts the patient first.

HOW THE EAR WORKS

Hearing is an important sense to your everyday life.

Need cleaner or new hearing aid batteries? Visit our online store for a variety of items.